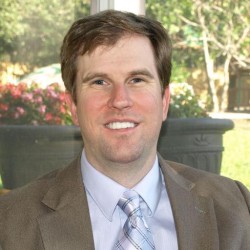 I was doing a bit of research today and ran across a great series of articles that ran in three consecutive weeks from Niles’ Weekly Register published shortly after the McCulloch v. Maryland decision in 1819.  Niles’ Register was one of the leading political publications of its time.  Hezekiah Niles was born and died in Wilmington, Delaware, but made his fame and fortune in Maryland.  He believed in the “compact fact” of the Union and vehemently argued against John Marshall’s obiter dictum.  To many, this was the turning point of the Union, when the federal republic of the founding generation was swept away by nationalists like Marshall, Joseph Story, and Daniel Webster.  Niles believed that the decision would render a new division of political parties.  He wrote:

“New men, and under new names, without much regard to the party feelings of’98, will nearly go over the same ground as was then contended for: one will support the old “energy” doctrines of that period, when a senator of the United States advised that the constitution should be burnt at the point of the bayonet, and many persons openly advocated a consolidation of the states, the other will cleave to the belief of the fathers of the revolution, that the people may most safely be trusted with the management of their own affairs, and that the sovereignty of the states is indispensable to the preservation of liberty.”

The last phrase of that quote is fantastic and should be often recited.  Unfortunately, we have been left with two parties who govern like the first group and only give lip service–if that–to the last; thus, the enduring question.  Has the debate or the principal political argument changed in 200 years?  We are still fighting the same battles.

I also ran across this little gem on Google Books, Bunford Samuel’s two volume Secession and Constitutional Liberty: In Which is Shown the Right of a Nation to Secede from a Compact of Federation and That Such Right Is Necessary to Constitutional Liberty and a Surety of Union published in…1920!

Samuel was a librarian in Philadelphia and married the great-granddaughter of Haym Solomon, one of the financiers of the American War for Independence.

This post is a reminder to Liberty Classroom members from the faculty, we don’t make this stuff up.  Enjoy!